The decision of the Supreme Court (SC), stopping the screening in movie houses and the showing in television of the controversial film ‘Innocence of Muslims’ in the Philippines is a welcome development.

The SC ordered MTRCB Chairperson Grace Poe-Llamanzares to indefinitely stop the movie to be shown in televisions and movie houses.

The anti Islam video produced by a shady character named Nakoula Basseley Nakoula, who falsely claimed to be an Israeli-Jewish then later it has been found to be a Coptic Egyptian Christian who falls off the law in the United States is unfortunate.

The contents of the video were just pure hearsay and plain bigotry and should had not been allowed elsewhere to be disseminated for public viewing in the guise of press freedom.

Freedom of expression comes with huge responsibility and should not be used to inflame or instigate hatred of what was considered already a critical relationship between the West and the Islamic world.

Leaders of the Muslim Community in Manila were elated over the decision of the Supreme Court to stop the screening and showing of the film.

The film has already claimed the lives of four American diplomats in Benghazi, Libya and have made scores of demonstrations and violent protests against the film in Egypt, Libya, and spread to other Middle Eastern, South Asian countries and some Western countries as well.

According to Shiek Padek Hassan, Grand Imam of the Manila Golden Mosque and Cultural Center, the said controversial movie should not be allowed to be shown to the public to thwart any possibility of violence in the country brought about from the film. 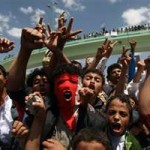