Taylor Swift came up the big winner at the American Music Awards, claiming three trophies including the top honor, artist of the year.

London-born singer Adele picks up three awards but loses artist of year to country singer Taylor Swift. Adele, who is recovering from vocal cord surgery, was not on hand to accept her awards.

Adele, who earned three trophies for female pop artist, best album with smash hit 21 and top adult contemporary performer and came into the awards show as the most nominated singer with four nods, lost artist of the year to Swift, who seemed genuinely surprised by the upset victory.

Along with year’s top artist, Swift claimed AMA trophies for favorite female country artist for the second straight year, and she nabbed best country album with her Speak Now.

Rapper Nicki Minaj was the night’s other big winner with two AMAs in the rap or hip-hop category: favorite artist and best album for her Pink Friday.

Minaj opened the show singing her smash hit single Super Bass in a metallic outfit that had two large speakers on her bottom, and after winning best hip-hop album for Pink Friday was overcome with emotion.

The AMA awards is among the most widely watched of the annual U.S. musical honors at the end of each year. 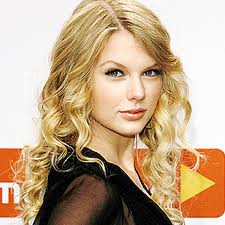