With the ballooning population if not regulated, can inflict more serious problems which can be a cause of concern for its own survival as a nation.

The Philippine government of P-Noy has more to worry than any moral organization like the Catholic Bishop Conference of the Philippines (CBCP) because it is obligated under the Philippine constitution to do within its power to act favorably for the general welfare of its people and the nation as a whole, including the church.

Of course the former is a crime, it’s a first degree murder no doubt, which can be punishable under Philippine existing laws but the latter cannot even be considered a crime. What a heck the Catholic bishops are complaining?

In this issue, they are not even the concern family here with children; and they didn’t even experience to raise a family and bear children either; which they can never be, because of celibacy; how should they know? One has to experience first hand on something before he can credibly comment on anything.

The Catholic church as a moral institution has more to take care of its own morals other than interfering with the affairs of the state, the pedophilia issue which has rocked the church bottom foundation has not yet been resolved.

The donations and contributions from questionable sources like gambling which they themselves admitted receiving them seem to be all right. Do they realize that these are immoral?

Is the church has run out of morally upright and legitimate charitable contributors? Or it is the questionable sources of charity are gallantly generous that they themselves can turn a blind eye and pretend not to know where it came from and whether it is illegal or immoral?

The church has owned vast track of lands and are not paying taxes in the Philippines nor has been asked by the Philippine government or congress of how much money they have remitted out from the country to Vatican to sustain their global operations and existence which others cannot do it without Philippine Central Bank intervention.

Are they that untouchable that they cannot be questioned and be transparent to their activities of operations. Have they heard that the government or the Filipino people themselves are complaining? Nothing.

The bungling of their very existence as spiritual and turn to be a political one has done a great disservice to the faith.

A complete departure of what Christ has preached in the bible where the affairs of the government has been left to Caesar and the spiritual aspect to God.

Is it not, that now is the time that the church with CDCP has to reflect these developments that I have mentioned and accordingly make reforms and amend themselves of where they have gone wrong?

Is it correct that the Catholic church which is suppose to be the bastion of moral ascendancy would instigate the public to incite for civil disobedience just because the government policy on reproductive health is not in accordance to what the bishops or the church wanted?

Is it not now is the time, that the Catholic church should stop interfering with Philippine state affairs? And focus instead to spiritual affairs which is the essence of their very existence?

The event that the CBCP has demonstrated with its threatening stance, just lately, is a clear manifestation of the nostalgic past of how the Philippines went through during those dark Spanish friar days of Rizal’s time, where politically the Catholic church was the mightily powerful and not the people.

In this present time such a scenario is quite disturbing indeed. 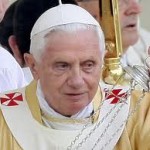