A patch of ancient seagrass in the Mediterranean sea is up to 200,000 years and could be the oldest known living thing on Earth, after scientists dated them.

Australian researchers, who genetically sampled the seagrass covering 40 sites from Spain to Cyprus, say it is one of the world’s most resilient organisms, but it has now begun to decline due to global warming.

The analysis, published in the journal PLos ONE, found the seagrass was between 12,000 and 200,000 years old. This is far older than the current known oldest species, a Tasmanian plant that is believed to be 43,000 years old.

Australian scientists sequenced the DNA of samples of the giant seagrass, Posidonia oceanic, from 40 underwater meadows in an area spanning more than 2,000 miles, from Spain to Cyprus.

Prof. Carlos Duarte, from the University of Western Australia, said the seagrass has been able to reach such old age because it can reproduce asexually and generate clones of itself. Organisms that can only reproduce sexually are inevitably lost at each generation, he added.

The separate patches of seagrass in the Mediterranean span almost 10 miles and weigh more than 6,000 tons.
But Prof. Duarte said that while the seagrass is one of the world’s most resilient organisms, it has begun to decline due to coastal development and global warming.

The Mediterranean seagrass is already in clear decline due to shoreline construction, declining water quality and the decline has been exacerbated by climate change. As the water warms, the organisms move slowly to higher altitudes.
The Mediterranean is locked to the north by the European continent.

“If climate change continues, they cannot move and the outlook for this species is very bad,” Prof. Duarte said. 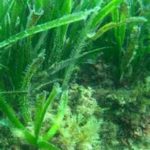