The Philippine government must have a stronger research and development program in agriculture in place to increase productivity and help develop calamity resilient crops agriculture base in the face of natural disaster such as the dry spell wrought by El Niño and the over 20 storms that hit the country annually, according to Senator Edgardo Angara.

Reports from the then National Disaster Coordinating Council (NDCC), approximately Php 5 billion pesos (US $116 million dollars) worth of damage to the agricultural sector was wrought by typhoons Ondoy and Pepeng last year.

The storms also disrupted the nation’s rice supply forcing the previous Arroyo’s administration to initiate imports to avert a shortage.
The Aquino administration has renamed the NDCC as the National Disaster Risk Reduction Management Council (NDRRMC).

Angara, chairman of the Congressional Commission on Science Technology and Engineering (COMSTE) cited a report from the commission stating that in terms of Research and Development (R&D) spending, the Philippines accounted for less than 3 percent of the total expenditures of the regions during 1981 to 2000 and that the number of R&D agencies has not grown significantly since 1996.

He said that the productivity level of the agricultural sector has been growing by 4 percent in the last four years,but is not growing at a pace to match the needs of the growing population.

A 2005 study made by Southeast Asian Regional Center for Graduate Study and Research in Agriculture (SEARCA) showed that for rice to meet a growing population needs, a 3.5 percent average growth rate in production is needed, which is almost 3 times higher than the growth rate of rice in the 1990s.

A Presidential Coordinating Council on Research and Development (PCCRD) report identified the development of food and non food crop varieties for high yield, quality and nutritional value and at the same time, able to adapt to unfavorable environments, pests and development of enhanced systems that will minimize adverse environmental effects as key national priorities for 2010 to 2016. 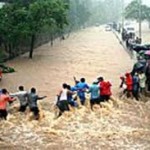