Migraine affects around one in six women and one in twelve men, and has been estimated to be the most expensive brain disorder to society in the European Union and the United States.

Not only is migraine painful, it also can be disabling and is often a lifelong condition. The World Health Organization (WHO) ranks it 19th among all causes of “years lived with disability,” and family life, social life, and work capacity are negatively affected in almost all migraine sufferers.

Researchers who looked at genetic data from 50,000 people from Finland, Germany and Netherlands found that patients with a certain DNA variant affecting regulation of a particular brain chemical have a greater risk of developing migraines.

The results suggest that a build up of that chemical, called glutamate, may play a role in the mechanism of migraines.

An international scientific team has identified for the first time a genetic risk factor associated with common migraines and say their research could open the way for new treatments to prevent migraine attacks.

“This is the first time we have been able to peer into the genomes of many thousands of people and find genetic clues to understand common migraine,” said Aarno Palotie, chair of the international headache genetics consortium at the Wellcome Trust Sanger Institute in Britain, which lead the study.

Their research showed that it appears to regulate levels of glutamate a chemical known as a neurotransmitter which transport messages between nerve cells in the brain.

Global sales of drugs to treat migraine were around US $2.60 billion dollars in 2009, according to analysts at Deutche Bank. 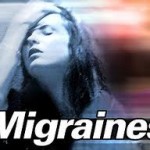