Manufacturers recommend that users hold cellphone slightly away from their ears to reduce potential hazards from cellphone.

They usually put forward the warning in small print that is often neglected and take for granted by consumers when a new cellphone is purchased.

There must have been good reasons why manufacturers have to do what they are supposed to do because of public health issues that has arisen from cellphone use due to radiofrequency radiation.

The United States Federal Communications Commission (FCC) mandates that the specific absorption rate (SAR), a unit of measurement for radiofrequency exposure should not be more than 1.6 watts per kilogram.

Henry Lai, a research professor in the bioengineering department at the University of Washington, has started his laboratory radiation studies since 1980. He discovered that rats exposed to radiofrequency radiation had damaged DNA in their brains.

What is interesting in one of Lai’s study is that he found loss of memory in rats exposed to even lower SAR levels at the range of 0.0006 to 0.06 watts per kilogram.

Debra Davies, an epidemiologist who has worked for the University of Pittsburgh and an author of a book about cellphone radiation entitled “Disconnect”.

In her findings, overall there has not been an increase in brain cancer since cellphones arrived, however, an average increase in the disease of the 20 to 29 age bracket and a drop of the older population were noted.

According to Davis “most cancers have multiple causes”. She pointed out to a research, however, that suggests low energy radiation may damage cells that could possibly lead to cancer.

Children are more vulnerable in radiation than adults because their skull are thinner and their brains contain more absorptive fluid.

Radiation that penetrates 5 centimeters into the brain of an adult will reach much deeper in children, although no studies have yet been completed on cellphone radiation and children. 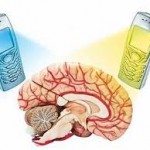 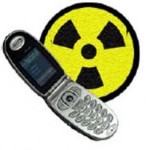