Ginger has been used as a potent medicine in Asia for centuries. In China, it has been made as a drink with slice ginger cooked with sweetened water or a cola used as a medication to common colds while in India, ginger is applied as a paste to the temples to relieve headache.

In ancient Greece, ginger serves as a digestive aid to lighten the load of a big meal placed on the digestive system. Greeks usually end their evening fasting by eating some ginger wrapped in bread and eventually evolved later as ginger bread.

In Western cuisine, ginger is traditionally restricted to sweet foods like ginger cake and biscuits. A ginger liquor called Canton is produced in France.

Green ginger wine is a ginger flavored wine produced in the United Kingdom, traditionally sold in a green glass bottle. Ginger is also used as a spice added to hot coffee and tea.

In Myanmar, ginger is used in salad dish called ‘gyin-tho,’ which consists of shredded ginger preserved in oil and a variety of nuts and seeds. Indonesia has a famous beverage that is called ‘wedang jahe,’ which is made of ginger and palm sugar.

In traditional Korean kimchi, ginger is finely minced and added to the ingredients of the spicy paste just before the fermenting process. In Japan, ginger is pickled to make ‘beni shoga’ and ‘gari’ or grated and used raw on tofu or noodles.

In the United States, the Minnesota based Mayo Foundation for Medical Education and Research recommends ginger for nausea and vomiting. Australian researchers found that both ginger and vitamin B6, which is taken to counteract morning sickness, work well in alleviating nausea symptoms.

In Denmark, researchers reported one third of a teaspoon of fresh or powdered ginger, taken at the first sign of migraine, ginger may reduce symptoms by blocking prostaglandins, chemicals that inflame blood vessels in the brain.

The same prostaglandins that contribute to migraine pain also cause joint swelling in people with rheumatoid arthritis or osteoarthritis.

Mounting evidence suggests that ginger has indeed natural anti inflammatory properties. It works like like ibuprofen but without the side effects according to Dr. Neal Barnard, author of ‘Foods That Fight Pain’.

According to the Journal of Obesity, preliminary test tube research shows that ginger boosts thermogenesis, or calorie burning after ginger has been investigated as a potential use in reducing weight.

A few preliminary studies on ginger suggest that ginger lower cholesterol and prevent the blood from clotting. A study conducted in India revealed that 5 grams of ginger a day significantly inhibits platelets’ ability to clump, which in turn reduces the risk of clogged arteries in people with heart disease. Less blood clotting means less risk of heart attack. 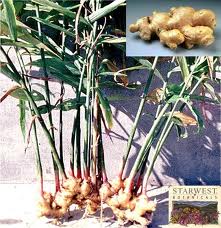 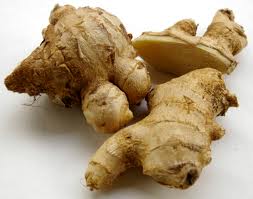