Lesley Gibb now 67, elder sister of Robin Gibb, 62, has stayed in behind the scenes for most of the band’s career, apart from one amazing performance standing in for her brother Robin at a sell-out Bee Gees gig in 1969.

Lesley revealed, that how she ‘secretly became the fourth Bee Gee. It was amazing. I loved it on the night. I know Robin watched it and he said he felt very choked up about it.’

That opportunity started when her brother Robin refused to go on-stage in 1969 and she was forced to become his replacement.

She had to rehearse a month before the performance at the Talk of the Town, but she shunned a life of fame to marry her husband instead, an Australian salesman Keith Evans, and went on to have children. Lesley said she shied away from the limelight.

Since her brother’s death she has been consumed with memories of their family time together.

She describes her childhood home as surrounded by music and love.

As Lesley faces life with her only remaining brother Barry Gibb, 65, she has revealed some of her memories growing up in one of the most famous families in the world, and how she once came Robin’s rescue, saving his life.

She recalled of how she pulled Robin from a river when he was just 18 months old in the Isle Of Man.

‘Robin just fell in. I remember him floating along with his eyes staring up, she told The Sunday Mirror. ‘I went in up to my waist and grabbed him under the arms until people came to help us both out of the water.’

Lesley said growing up in her household was ‘brilliant’ as she described her younger brother Robin as a deep thinker.

The last time she saw Robin was in Sydney in 2010, just after he had emergency surgery and thought he looked extremely underweight and never expected that meeting would be their last. 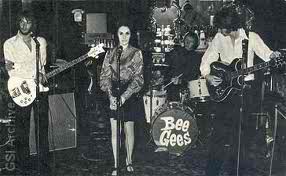 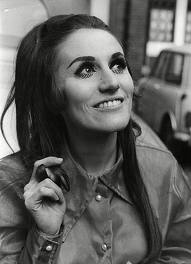