About 85 percent of ocean fisheries are fully exploited, over-exploited or depleted, including most of the stocks of the top 10 species, World Bank president Robert Zoellick told the World Oceans Summit in Singapore.

The world’s oceans were at risk and called for a coalition of governments, NGOs and other groups to protect them, aiming to raise US$ 1.5 billion dollars in five years.

‘The world’s oceans are in danger,’ from overfishing, marine degradation and loss of habitat, Zoellick says.
The World Bank chief executive said there were already ‘considerable resources devoted’ to restoring the planet’s oceans, but a huge, coordinated global effort was needed.

Marine protected areas should be more than doubled, he said, noting that less than two percent of the ocean’s surface is protected compared to around 12 percent of land.

In developing countries, one billion people depend on fish and seafood for their primary source of protein and over half a billion rely on fishing as a means of livelihood, Zoellick said.

For developing countries, including many island and coastal nations, fish represent the single most traded food product, and for many Pacific Island states fish make up 80 percent of total exports.
Zoellick described the initiative as a ‘new approach’.

The coalition “will bring together countries, scientific centers, NGOs, international organizations, foundations and the private sector to pool knowledge, experience, expertise, and investment around a set of agreed upon goals,” he said.

As a starting point, the partnership is committing to raise at least US$ 300 million in ‘catalytic finance’, meaning funds that would be used for technical assistance for key governance reforms, he said.

Another US$ 1.2 billion would be raised ‘to support healthy and sustainable oceans,’ he added.
“This would total US$ 1.5 billion in new commitments over five years,” he said, adding that the World Bank would convene the first meeting of the partnership in Washington in April. 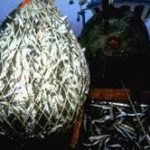