Bisphenol A (BPA), an endocrine disruptor, is used in many clear hard plastics.

It is primarily made of polycarbonate plastic which is used in reusable food and drink containers , and many other products.

Endocrine disruptors are chemicals that may interfere with the body’s endocrine system and produce adverse developmental, reproductive, neurological, and immune effects in both humans and wildlife.

It was banned from use in infant bottles amid growing evidence it can interrupt with child development and can be passed to babies when they drink from bottles made using the chemical.

The material was banned from use in infant feeding bottles in the European Union (EU) in June last year after months of talks between manufacturers, national governments and experts.

The research team from the Peninsula College of Medicine and Dentistry, the University of Exeter and the European Center for the Environment and Human Health had previously found a link between BPA and heart disease.

Scientists have called for a thorough drug like safety evaluation on BPA after research suggested it could be linked to an increased risk of developing heart disease.

The team of researchers from the University of Cambridge who were behind the decade-long study said that tests on humans, similar to those used for new medical drugs, were the next step after they found that people found to have high levels of Bisphenol A (BPA) in their urine were more likely to later develop heart disease.

The research was published online in the American Heart Association’s Circulation journal.

Professor Jeremy Pearson, associate medical director at the British Heart Foundation, said: “We don’t believe there is any cause for the public or heart patients to be concerned by BPA. While this study suggests a possible link between BPA and heart disease, it’s clear that even if there is a link, the risk is very small indeed. ” 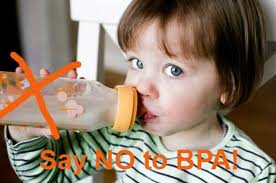