Tiger Woods must be hurt as he personally admitted to the racist slur by his former caddie, Steve Williams.

But he accepted the apology, prefers to ignore the whole issue and instead he wanted to leave the whole thing behind and moves on.

Woods said, ‘Steve Williams is not a racist, but the comment should not have been made, and I wish that he hadn’t made it.’

‘It was hurtful, it was the wrong thing to say, and that is something we both agreed on. He did apologize, and it is time to move forward.’

There must be some good reasons why Woods had shaken hands with Williams to settle the row that has affected the sport over the weekend.

Woods must have realized that Williams served as his caddie for 13 years, and earned him 13 of his 14 major wins and they must have a symbiotic chemistry which could be part of the reason in Woods’ Major titles winning heyday.

Besides, Woods could not afford to drag his name again this time after he has been embroiled with controversy which has been haunting him that ended in a costly divorce and withdrawal of most of his major sponsors that must have crippled him financially aside from the physical injury he sustained that has greatly affected his performance as a top golfer.

It must be a good move for Woods to restore of what has been lost on him in terms of his reputation. His forgiving attitude and the remorse he has shown on his behavior in the past must be a good start to turn a new leaf on his life and moved forward.

This time he wanted to restore the moral high ground and the nice-guy reputation he once had. An old adage could inspire him towards that direction which says ” A reformed man is better than a good man.” 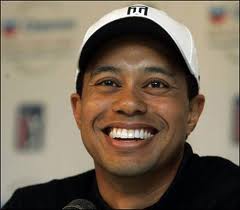