Dr. Conrad Murray could serve a maximum prison term of four years and lose his license to practice medicine after he has been convicted of involuntary manslaughter.

The 58 year old Murray provided Michael Jackson with propofol the anaesthetic drug he was using to get to sleep and was grossly negligent by doing so outside a hospital setting and without the proper monitoring equipment.

When the verdict was read there was a suppressed scream in the courtroom from the Jackson family entourage and a huge roar from the fans packed on to the pavement outside.

The convicted medical practitioner can now be added among the list of indicted celebrity doctors who can’t say no to their employers’ addictive personality.

The most infamous doctor was that of Elvis Presley’s personal physician, Dr. George Constantine Nichopoulos or ‘Dr. Nick’ . He had been the doctor of the rock ‘n roll king since 1967 until his death in 1977.

Dr. Nick was indicted of overpresribing barbiturates and amphetamines to Presley and fellow rocker Jerry Lee Lewis and 12 other patients in 1980.

The doctor was off the hook with his defense in court that he had tried to act in the best interests of his patients and his only crime was to ‘care too much.’ Dr. Nick was acquitted on all counts.

However, fifteen years later, The Tennessee Board of Medical Examiners revoked his license for continued overprescribing.

The song ‘Dr. Robert’ whose lyrics was written by the Beatles 40 years ago was inspired by way doctors prescribe medicines to their patients with the lyrics that went, “He is a fellow who cured everyone of everything with all these pills and tranquilizers, injections for this and that; he just kept New York high.”

As John Lennon’s childhood friend Pete Shotton claimed that the doctor ‘unorthodox prescriptions made him a great favorite of Andy Warhol’s entourage and the Beatles themselves.’

Beatles biographer Steve Turner later identified ‘Doctor Robert’ as the late Dr. Robert Freymann, a German-born physician who had a practice on East 78th Street in New York City in the sixties, and who had a reputation for being generous with amphetamines.

His patients included jazz legends Thelonious Monk and Charlie Parker (whose death certificate he signed in 1955). 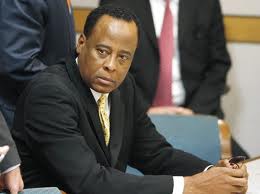