A book entitled ‘The Big Miss’ authored by Tiger Woods’ former swing coach Hank Haney is to be released soon.

It reveals Tiger Woods obsession to become a Navy Seal and seriously willing to give up his golf career right in the middle of his prime to follow the footsteps of his father, Earl, who was a serviceman with the US special forces in Vietnam.

The former coach tried to convince Woods not to go on secret training exercises with the Seals but says the golfer was obsessed with joining the Navy’s elite fighting unit.

Haney even discouraged Woods that it was a pointless ambition for him, since candidates for Navy Seals cannot be more than 28 years old.

But Woods retorted, “It’s not a problem. They’re making a special age exemption for me.”

According to the book, Woods talked about a three-day trip during which he parachuted as many as 10 times a day and touted his long-range shooting skills.

“He talked all about the different guns and how to allow for wind and the flight of the bullet, almost as if he were describing a golf shot,” Mr Haney writes.

According to the author, Woods undertook dozens of trips to naval bases across the country ‘in a program that approximated the training for a Navy Seal candidate’.

“To my knowledge, he did training in parachuting, self-defense, urban-warfare simulations and shooting,” he claims.

“I never heard of Tiger doing any training in the water with the Seals, but he was already a pretty accomplished diver.”

Despite the dangerous exercises that Woods engaged in with the Seals, “It caused me to question whether the greatest golfer the game has ever seen severely hampered his chance at surpassing one of the most revered marks in all of sports, Jack Nicklaus’ record, because of his fascination with the military,” said Haney. 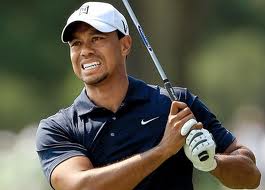