Tiger Woods on his website announces his return to golf after 11 months of being inactive due to a left leg injury.

He will be participating next week the WGC-Bridgestone Invitational at Firestone Country Club in Akron, Ohio.

He posted on his Twitter account that he’s “feeling fit and ready to tee it up at Firestone next week. Excited to get back out there!”

According to a reports, Bryon Bell, a childhood friend would caddie for Tiger Woods at the Bridgestone Invitational.

Woods last month fired Steve Williams, who caddied for Adam Scott at the U.S. Open, then angered his boss by working for the Australian again at the AT&T National without seeking permission.

By missing three months, including the last two majors, Woods world’s golf ranking has slipped to no.21.

On Woods’ decision to return to competition, at least he is returning to a friendly course. Woods has won seven times at Firestone, matching the most he has won on any course as a professional. 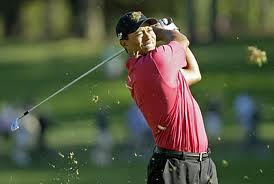