Former world number one Tiger Woods is halfway in his bid for his 15th major title after experiencing four long years of a major title drought.

In the second round at Olympic Woods shares the lead with fellow Americans Jim Furyk and David Toms.

This is the 10th time Woods has led or had a share of the lead after 36 holes of a major. Of the previous nine, he won eight.

‘It was some kind of test out there but I feel good about what I am doing and about my game plan,’ said Woods.

The 36-year-old Woods, three shots adrift of leader Michael Thompson in tied second overnight, picked up a shot at the third to take the lead but went backwards with three straight bogeys from the fifth.

But he settled himself with two pars before further birdies came at 10 and 13, and he missed other decent chances, notably on the 17th.

I feel good about what I’m doing,” said Woods. “All the work I’ve been doing with Sean (coach Sean Foley) is finally starting to pay off. But we’ve got a long way to go.”

The world’s two top-ranked players were unable to fight back after disappointing first rounds and carded 73 and 72 to end 10 over and 11 over respectively.

Three other Briton remain on the fringes of contention. Justin Rose had to be disappointed with a round of 75 but, at four over par, is only five off the pace. Lee Westwood and Ian Poulter began their third rounds on Saturday a further shot adrift, and by no means out of it.

Five-time runner-up Phil Mickelson took 71 to end seven over, but Masters champion Bubba Watson also fell foul of the eight over cut mark with 78, 71 for nine over.

US Open Second Round Leaderboard: 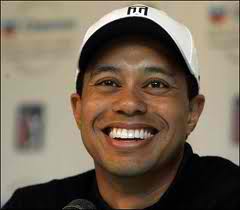