Former world no. 1 Tiger Woods shot a flawless 65 in the second round to share a lead with Charlie Wi of South Korea at the Arnold Palmer Invitational.

Woods, aiming for a seventh Bay Hill title, hit seven birdies to take him to 10 under par.

Woods said: “I putted well. I didn’t feel I hit it all that great, but the good thing is my misses are better and I played smart.”

The 36 year old was six shots behind when he teed off, but four successive birdies from the fourth saw him make the turn in 32.

Lucky to avoid driving out of bounds on the 10th, his ball hitting the fence, Woods managed to save par before adding a fifth birdie from 10 feet on the long 12th.

On the Achilles he strained at Doral two weeks ago, he added: “I’ve been getting treatment and everything is moving properly. No swelling, so everything is good.”

Woods was in dominating form throughout as he chased his first US PGA Tour victory for more than two and a half years.

Jason Dufner of the US and Northern Ireland’s Graeme McDowell are at second spot after two rounds in Florida.

Superb shot of 63 in the second round came from Graeme Mcdowell, the 2010 US Open champion, which had earlier recorded a nine under including seven birdies and an eagle.

Graeme McDowell admits, though, that given the recent deeds of Rory McIlroy, Luke Donald and Lee Westwood he is currently flying under the radar. He is part of a terrific halfway leaderboard but every player on it knows the big danger-man is Woods.

With the success of British and Irish players in recent years, McDowell said he would love to make a challenge on the top spot in the world rankings. 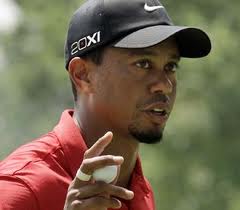 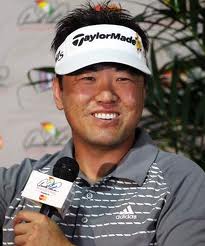