There are words of war going on between Simon Cowell and Tom Jones as Britain’s Got Talent and The Voice UK prepare to kick off their ratings war tomorrow night.

In the latest spat between the two shows, Tom Jones has claimed that he was offered jobs on The X Factor and Britain’s Got Talent, all of which he turned down.

Prompting a quick rebuttal from Simon Cowell that the Delilah singer must have ‘got the dates wrong’.

Tom in turn has hit back, saying that Simon was under-qualified to judge because he hasn’t performed himself.

Simon retorted that with a number one album from One Direction at the top of the US charts, he is perfectly capable. ‘So I do my thing well, he does his thing well.’

Tom hasn’t been shy to show off his star credentials so far on The Voice. Trying to persuade a contestant that he should be their mentor, because he has already proven his worth as an international star since the mid-sixties. ‘So I know when I hear someone singing like that and playing like that.’

Simon has also opened up about the rivalry between his show and The Voice. He admitted that the Voice is the reason that he ‘nicked’ Alesha Dixon from Strictly Come Dancing.

His competitor didn’t like the fact that The X Factor is successful, but they’ve got every right to compete with us- and we have every right to arm ourselves,’ he said.

Simon said that he would ‘probably watch about five minutes’ of the BBC program, which will see Tom Jones, Jessie J, Black Eyed Peas’ will.i.am and The Script’s Danny O’Donoghue sitting as judges.

The singing contest is set to go head to head with Britain’s Got Talent when it debuts on Saturday. 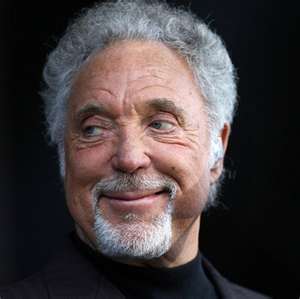 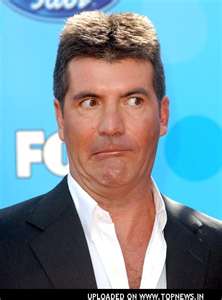