Tiger Woods made a 68 in the opening round but for the second round he slips back at 71, to one under for the golf tournament.

The former world no. 1, found the second round difficult after his return to action at the WGC-Bridgestone Invitational.

“I didn’t putt as well as I did yesterday, and consequently I just never got the round going,” said the 14-times major champion. “I know my stats don’t show it, but just the way I’m driving the golf ball, I’m so close to putting the ball on a string, so it’s coming.”

He made four birdies to three bogeys, but a double-bogey six on the sixth hole cost him dear, although he took comfort from what he felt was a second strong day in terms of driving.

He added: “I got so much more compression and the ball is just going. I’ve just got to get used to that and trust the number. I’m hitting the ball numbers I’ve never hit before.”

Woods, a seven-time winner at Firestone, was playing for the first time after a 12 weeks furlough due to injury.

Second round results for the top eight places: 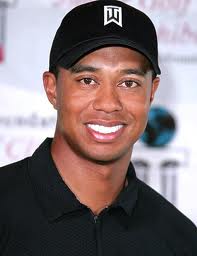