Three time US Open Champion Tiger Woods carded a one under 69 trailing Michael Thompson by three shots who fired a four under 66 in the opening round of the US Open.

The former world number one campaigned for his 15th major title in an impressive fashion for a share of second place with Justin Rose, Graeme McDowell, David Toms and Nick Watney were also at one under but some big names struggled.

Wood’s opening partners Phil Mickelson and Bubba Watson both have struggled. Mickelson fired a 76 while Watson a 78.

The top three world golfers Luke Donald, Rory McIlroy and Lee Westwood were way behind. McIlroy, the defending champion and world number one Donald both carded a disastrous 77 and 79 respectively. Lee Westwood, the world number three carded a 73.

Donald finished on the same score as Chinese 14-year-old Andy Zhang, who was eight over after his first five holes at the firm, fast-running Olympic Club in San Francisco.

Thompson, a qualifier who reached the final of the US Amateur at the San Francisco course five years ago, was two over after six but made six birdies to leave the field trailing.

Woods, after his recent win at Memorial, looked in complete control of his game as he looks to win a first major since the 2008 US Open. 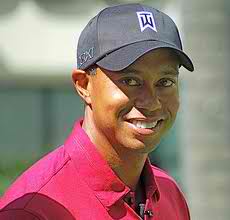