Former world no. 1, Tiger Woods is confident he can climb up the rankings and dominate the sport where he was once the king in the 11 year period of his career.

Woods’ career spans from 1997 up to his last victory of the U.S. Open in 2008 that earned him 14 Majors championship, 4 championship titles short to equalize Jack Nicklaus achievement of 18.

When Woods’ injury problems began and the scandal marred revelations about his private life surfaced, so with his performances of his games also have faltered.

Such events on his life has affected his physical and mental preparation for the game. Since then he is on and off with his game and mostly below par of what was expected of him.

Woods’ restricted playing schedule for personal reasons as well as injuries has seen his world ranking slip from 1 to 58.

Now, he has put that into perspective and is intent of climbing back up the standings next year. 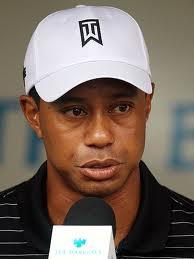