Eddie Murphy resigns as host of the Oscar following Brett Ratner’s resignation to the Academy of Motion Picture Arts and Sciences over gay slur.

The two came from their recent action movie ‘Tower Heist’. They were set to work together on the February 26 TV broadcast of the Oscar.

Ratner stepped down yesterday after sparking outrage by using a gay slur at a screening his new action comedy.

The backlash has made Ratner to apologize for using a derogatory term to describe gay men in response to a question asked at a screening of his latest film ‘Tower Heist.’

Following the apology Ratner has called up the Academy of Motion Picture Arts and Sciences president Tom Sherak informing the latter of the former’s resignation as a producer of the 84th Academy Awards telecast.

In response on its latest development, Academy president Tom Sherak said Ratner’s remarks were ‘inappropriate’, but said the academy had no plans to remove him from his Oscar-producing position.

On Murphy’s quitting as Academy Awards’ host, Sherak said, ‘I appreciate how Eddie feels about losing his creative partner, Brett Ratner, and we all wish him well.’

A replacement host was not immediately made available. 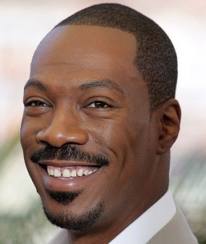