Newly crowned US Open champion Novak Djokovic may skip the Davis Cup semi-final singles rubber match opening on Friday between his country Serbia against Argentina due to exhaustion.

Djokovic who came from the just concluded US Open arrived in Serbia on Thursday and went directly to practice after skipping the first match pitting him with David Nalbandian.

“It’s no secret that I am physically and mentally exhausted but it’s been a very successful U.S. open tour for me winning the fourth grand slam in my career and the third this year,” Djokovic told reporters.

Serbia’s Nenad Zimonjic and Viktor Troicki, who will stand in for Djokovic if the world number one fails to recover from jetlag and fatigue.

Janko Tipsarevic, who lost to compatriot Djokovic in the U.S. Open quarter-final via retirement because of thigh injury, takes on Juan Martin Del Potro in Friday’s second singles.

The Serbs won their first Davis Cup title last year with a 3-2 win over France in the Belgrade Arena, where they are undefeated as a team while Djokovic, who has only lost two matches on the ATP tour this year, also has a perfect singles record. 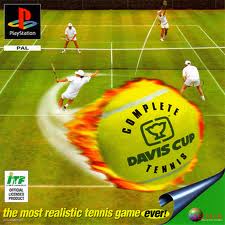