Tom Cruise plays the role of Stacee Jaxx, the frontman for rock band Arsenal in the new musical film ‘Rock Of Ages’.

In an extended trailer for the film, Tom who plays the rock band’s lead singer, struts across the stage in just leather trousers staggering onstage to thrill the crowds with Bon Jovi’s ‘Wanted Dead Or Alive’ hit.

In the film, Cruise will sing Foreigner power ballad ‘I Want to Know What Love Is’, Joan Jett’s ‘I Hate Myself For Loving You’, ‘Every Rose Has Its Thorn’ by Poison, and Styx hit ‘Renegade’.

Tom’s performance has been described as a mash-up of Axl Rose of Guns’N Roses, Keith Richards of the Rolling Stones and Jim Morrison of the Doors.

Cruise, who has been known to jump up and sing in public when the opportunity arose over the years, provides his own vocals for the film.

Tom took up some voice lessons as soon he was confirmed to play Stacee Jaxx in the film. The producer-director of the film, Adam Shankman knew Cruise was in when he heard him on the first go around of his voice lesson, confirming he ‘actually has a fantastic voice’. Cruise, since, has been singing five hours a day to prepare for his work as musician Stacee Jaxx.

Malin Akerman, who plays reporter Constance Sack, sings one number opposite the superstar and promises that he can ‘sing like an opera singer’.

‘He’s Superman to me. He can do anything he sets his mind to, Malin said during an interview with MTV recently.

‘When you’re with Tom, you give it your all. It was really amazing and surreal.’

Malin is one of a host of stars in the film, including Russell Brand, Alec Baldwin, Catherine Zeta-Jones, Julianne Hough, Diego Boneta and Paul Giamatti.

The musical film ‘Rock of Ages’ will be released in cinemas in the U.S. and U.K. on June 15. 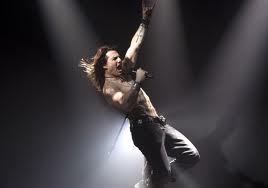 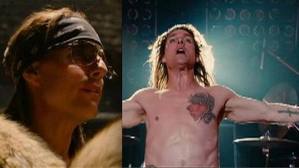