Transgenic crops are engineered with specialized trait like herbicide resistance. For years, scientists have known that transgenic crops can pass on their traits to nearby weeds through hybridization.

These hybrid transgenic weeds resist the herbicides that were designed to kill them. “When a crop grows near its weedy relative, it’s inevitable that the genetically-engineered trait will move into the weeds,” said Allison Snow, an associate professor of plant biology at Ohio State University.

Snow in collaboration with the Risoe National Laboratory in Denmark, has found that the offspring of herbicide resistant hybrids between transgenic oilseed rape and one of its weedy relatives reproduced as prolifically as an unaltered weeds.

This brings down the hypothesis of some scientists that hybridization might cause some negative characteristics to emerge in a weed that would limit its reproduction, for instance, a hybrid weed might produce fewer flowers than a pure weed.

The study suggests that, at least in the case of oilseed rape, weeds that cross with commercial crops and acquire a specialized transgene will encounter fewer obstacles to reproduction. The results of the study was presented to the Ecological Society of America.

“If farmers spray their crops with the same herbicide every year, the only weeds to survive will be the ones with transgenes, and the transgenes will spread even faster,” Snow pointed out. As transgenes in cultivated crop changes, traits could accumulate in the weeds.

The tendency is that, a weed could develop a resistance to three to four herbicides as it acquired genes from consecutive generations of crops over many years. 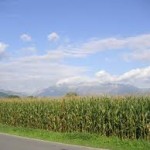