It has never been easy for Galileo the great thinker of his time at being convicted By the Roman Catholic Church in 1633 of hearsay for trouncing the biblical view of the universe. The Galileo case is seen as science’s first blow against the faith and power of the church.

The scientist’s predicament did not end with his death in 1642. As a convicted heretic he could not be given a church burial, but for years after his death, his followers pushed to give him an honorable resting place.

The Florence’s history of science museum recently renovated and renamed it as Galileo Museum to honor Galileo. He was considered by his modern day supporters as secular saint, hero and martyr to science. Galileo was a symbol of his fight for freedom of thought.

In 1992, the church came around to acknowledging that the judge who had convicted Galileo of hearsay had erred, but it came short of clearing him either. In 1737, members of Florence’s cultural and scientific elite unearthed the scientist’s remains in peculiar Masonic rite.

According to records, the historian and naturalist Giovanni Targioni Tozzetti with the use of a knife took off several fingers, a tooth and a vertebra from Galileo’s body as souvenirs. The scientists was then reburied in a ceremony similar to that of a saint beatification, according to Paolo Galluzzi, the director of the Galileo Museum.

The museum which has reopened in June after a high tech renovation that transformed it into one of Italy’s best boutique collections. Visitors seemed captivated by the telescope, painted globes, clocks and as nearly room size model of the universe based on Ptolemaic geocentric system commissioned by Ferdinando de Medici in 1588 that Galileo rejected in favor for the Copernican one.

Cardinal Robert Bellarmine, the people’s theological watchdog, had Galileo arrested for preaching Copernicanism, the church never acknowledge that his heliocentric theory is correct. 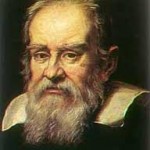 Pope John Paul II reopened the Galileo case in 1981, eleven years later, the church commission’s finding has acknowledged that the judge who condemned Galileo had erred in the same token that the scientist has also erred in arrogantly thinking that his theory would be accepted with no physical evidence.