World production of the top four tropical fruits – pineapples, mangoes, avocados and papayas exceeded the 55 million ton mark for the last decade, according to the Food Agricultural Organization (FAO) of the UN in their first formal intergovernmental meeting on tropical fruits held in Asia.

Most of these fruits are consumed in the countries that grow them and less than 5 percent is traded globally. Nonetheless, global tropical fruit imports for the last decade and a half, brought in over US $2.2 billion dollars.

Asia is the largest fruit producing region, and its top importers are: The European Union (EU), which consumed the traded tropical fruits at 50 percent; North America, 26 percent; Japan, 10 percent.

FAO forecasts a steady rise in demand for these fruits in fresh form. Global imports of mangoes and avocados are projected to more than double. The UN agency forecasts an increase of 53 percent of mangoes and 55 percent for avocados.

Papaya and pineapple increase in global imports are projected at 46 percent and 35 percent respectively. In industrialized countries, increase of tropical fruits in dinner table will be fueled by reductions in tariffs and other import restrictions. Increased consumer awareness is spurring diets that provide more fruit.

FAO’s Raw Materials, Tropical and Horticultural Products Service, pointed out that developing countries often pay a lot to import fruits from great distances. Ironically, these are less nutritious than the tropical fruits they grow themselves.

The trend could be reversed by improving the image of tropical fruits in producing countries, according to FAO.

Phasing out of methyl bromide, the multi-purpose pesticide used to fumigate fruits and vegetables, poses a future problem for tropical fruit exporters.

Alternatives, such as irradiation and hot water treatment are still prohibitively expensive for low income countries. 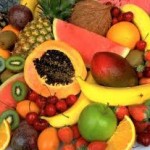 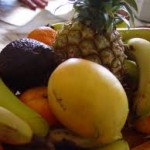