Two of the alleged killers are being prosecuted after being traced from calls made from the priests’ phones.

Prosecutors allege the priests paid the suspected hitmen around US$ 8,500 (£5,440) to kill them and make it look like a robbery attempt.

The two priests had been friends since their training and often celebrated Mass and other religious services together, Colombia’s El Tiempo newspaper reported.

The prosecutors said the priests had agreed a suicide pact after one of them was diagnosed with AIDS, but contracted hitmen because they could not bring themselves to carry it out.

Relatives of the dead priests insist they were victims of an armed robbery.

They have denied reports that they were involved in a gay relationship.

Suicide, like homosexual acts is forbidden in the Catholic Church.

In their final Catholic church service before their death, priest Reatiga asked parishioners to pray to Santa Marta, the patron saint of lost causes, the paper reported, while priest Piffano asked his to “pray for me”. 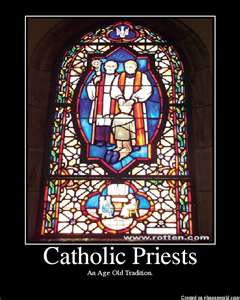