Tyler Perry, an actor, writer, producer and director is Hollywood’s highest-paid celebrity after earning US$ 130 million dollars in a year, according to Forbes.

Perry makes big money from his TV shows (Meet the Browns and House of Payne) as well as his movies. He’ll take on the role of detective Alex Cross in a big screen adaptation of the James Patterson books.

Film producer Jerry Bruckheimer was second with US$ 113 million dollars, which has another hit with the fourth installment of the Pirates of the Caribbean which earned US$ 1 billion at the global box office.

On third spot was Steven Spielberg, with a US$ 107 million dollars. Spielberg will compete against himself this fall at the box office with the films War Horse and The Adventures of Tintin.

Singer Elton John was fourth on the Forbes list, based on estimated earnings of US$100 million.

John’s most recent tour grossed US$ 204 million dollars in 12 months. He recently welcomed a son (via surrogate) with partner David Furnish.

Simon Cowell was fifth at US$ 90 million dollars. Cowell will be back on TV this fall with The X Factor, another music-contest show that will also feature American Idol alum Paula Abdul.

James Patterson was sixth at US$ 84 million dollars. Patterson is an industry with 20 best-selling books in 2010 alone. He works with a rotating group of co-authors to churn out books in his Alex Cross and Women’s Murder Club series.

Dr. Phil McGraw was 7th at US$ 80 million dollars. Dr. Phil is the most successful of Oprah’s proteges. He’s started creating his own little empire with a spin-off show called The Doctors which is produced by his son Jay.

Leonardo DiCaprio at 8th with US$ 77 million dollars. DiCaprio is the only actor to make on the list with his two big movies in 2010: Shutter Island and Inception which combined grossed $1.1 billion at the global box office.

Howard Stern was 9th US$ 76 million dollars. Stern has renewed with Sirius XM satellite radio through 2015 but analysts estimate he took a 20 percent haircut on his new deal. 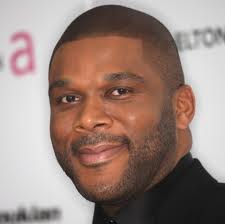