US researchers said, they have discovered how to keep tumor cells alive in the lab, generating hope in the scientific community about a potential breakthrough that could transform cancer treatment.

The discovery has sparked new hope that someday doctors may be able to test a host of cancer-killing drugs on a person’s own tumor cells in the lab, before returning to the patient with a therapy that is a proven to be a good match.

“This would really be the ultimate in personalized medicine,” said lead author Richard Schlegel, chairman of the department of pathology at Georgetown University’s Lombardi Comprehensive Cancer Center.

As of now, scientists have been unable to make cancer cells thrive for very long in the laboratory in a condition that resembles the way they look and act in the body. Doctors have largely relied on biopsied tissue that is frozen or set in wax to diagnose and recommend treatment.

Lung, breast, prostate and colon cancers were kept alive for up to two years using the technique, which combines fibroblast feeder cells to keep cells alive and a Rho kinase (ROCK) inhibitor that allows them to reproduce.

When treated with the duo, both cancer and normal cells reverted to a ‘stem-like state,’ Schlegel said, allowing researchers to compare the living cells directly for the first time.

The two elements have previously been used separately in stem cell research, according to Yale University pathology professor David Rimm.

Rimm cautioned that more labs need to show they can do it too, and that attempts to try different therapies to kill the cancer cells are just ‘speculation’ now, but described the initial results as ‘pretty compelling.’

If other scientists can replicate the technique, and three university labs in the United States are already working on it, the advance could herald a long-awaited transformation in the way cancer cells are studied.

The study was published after two years of research in collaboration with National Institutes of Health scientists and was funded by the NIH, the Department of Defense, Georgetown University and the National Cancer Institute.

“A tumor from one patient is different from a cancer from another patient, even though they appear to be the same under a pathologist’s microscope, and really that is one important reason why so many clinical trials fail,” said Marc Symons, investigator at the Center for Oncology and Cell Biology at The Feinstein Institute for Medical Research in Manhasset, New York.

Mark Friedman, who works in the department of pathology at St. Luke’s Roosevelt Hospital, said the real gain for patients could be reducing the harmful effects of chemotherapy that may not be suited for various tumors.

“This would be a tremendous benefit for the patient because you would be minimizing toxicity while maximizing the benefit of the treatment,” said Friedman, who was not part of the study.

Cancer is the leading cause of death in the world, killing 7.6 million people in 2008 according to the latest data from the World Health Organization. 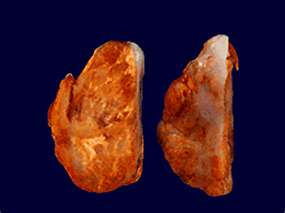