The Royal family is planning its biggest Christmas celebration with a lot of guests invited to join the Queen and the Duke of Edinburgh at Sandringham.

Confronting with the dilemma of how to accommodate all of them at the Norfolk estate, many of those attending will have to sleep in the servants’ quarters, it is claimed.

The Bachelor Wing, which normally houses the single male members of staff, will be utilized to guests lower down the pecking order, the Daily Mail reports.

Among the guests are said to include: Viscount Linley; Queen Margaret’s son, his wife Serena and children; the Honorable Charles and Margarita Armstrong-Jones, his sister.

Lady Sarah Chatto, her husband Daniel and children; Samuel and Arthur Chatto are also expected to find themselves accommodated to the servants’ rooms.

Several members of staff will have to pack up their belongings and move into the footmen’s bedrooms, prompting grumbling among those who will now have to share with colleagues.

“Sandringham is a large country house by anyone’s standards but they are going to be crammed in like sardines this year, according to one member of staff.

“What with all the new husbands, wives and children, it’s the biggest royal gathering anyone has seen in years.”

Also on the guest list are the Duchess of Cambridge and Zara Phillips’s England rugby player husband Mike Tindall, who will be spending their first Christmas with the Queen since marrying into the Royal family.

Guests arrive from the morning of December 23 onwards, with Prince Charles and the Duchess and Cornwall being two of the last to arrive. 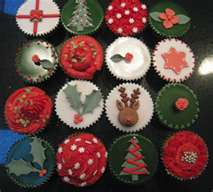