The Irish super-band U2, headed by Bono has now beaten the Rolling Stones as the kings of rock ‘n roll by claiming the record for the highest grossing concert tour of all time.

Their concert sales record of US$ 554 million dollars and will rake in over US$ 700 million dollars in ticket sales by the time the current 360-world-tour wraps up in Canada in July, according to promoter Live Nation.

By then it will have been seen by 7 million people in more than 30 countries. Mick Jagger’s band set the previous record on its Bigger Bang Tour in 2005-2007.

The U2 360 tour has also set another record. Staged in the round in a transportable stadium, it costs a reputed 750,000 dollars per day whether or not the band have a gig that night.

The four band members are expected to earn a cool 150 million dollars each from the tour, according to reports in the Irish press. 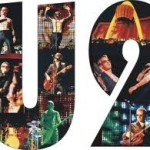