Testicular ultrasound, or sonogram, is a highly safe and effective procedure that uses reflected sound vibrations to create images of the testicles, together with the scrotum.

The testicles are the male reproductive organs that produce sperm and the hormone testosterone.

Using commercially-available ultrasound technology, scientists have successfully reduced sperm count in rats to a level that would cause infertility in men.

Researchers described ultrasound as a ‘promising candidate’ in male contraception.

Researchers at the University of North Carolina School of Medicine utilized widely available ultrasound equipment used for physical therapy to expose the testes of anesthetized rates to ultrasound at a frequencies of 1 and 3 MHz at varying power densities, temperatures and durations.

Two 15-minute sessions spaced two days apart were found to be most effective where ultrasound transducers were applied to the skin via a saline conductor.

Researchers managed to reduce motile sperm where sperm are stored, which equates to a Sperm Count Index of zero, measured two weeks after treatment.

The research could re-open the door to the investigation of ultrasonic techniques as a practical human contraceptive.

The research received a grant from the Bill & Melinda Gates Foundation, is led by by Dr. James Tsuruta, the lead researcher.

Dr. Tsuruta said: “Further studies are required to determine how long the contraceptive effect lasts and if it is safe to use multiple times.”

Dr Allan Pacey, senior lecturer in andrology at the University of Sheffield, said: “It’s a nice idea, but a lot more work is needed.”

The team needs to ensure that the ultrasound produces a reversible effect, contraception not sterilization, as well as investigate whether there would be cumulative damage from repeated doses.

The current findings were published today in the journal Reproductive Biology and Endocrinology. 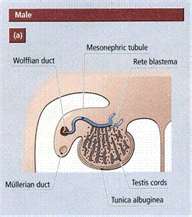