‘X Factor’ host Steve Jones and judge Nicole Scherzinger won’t be back for season two, but the status of the other judges, Paula Abdul and music producer L.A. Reid, is still to be confirmed.

Jones, 34, announced the news to his Twitter followers early on Tuesday morning but gave no explanation for the decision.

In his twitter account, Jones tweeted, “I wont be hosting next seasons X Factor which is a shame but I cant [sic] complain as I’ve had a great time. Good luck to everyone on the show.”

Scherzinger departure from the show is no surprise. Shortly after the season ended, she said at an “X Factor” press conference that the job was much tougher than she had anticipated.

The former Pussycat Doll wants to focus on her music career.

The US X Factor pulled in 12.5 million people for its opening show in September 2011 and achieved consistent ratings.

But it still trailed far behind its big rival, American Idol, which got 26 million for its season opener.

An ‘X Factor’ insider also noted that “Simon wants to take the show in a different direction.”

With at least two, of the show’s original cast gone, now Simon Cowell has his chance to right his ship.

Prior to the launch of the U.S. version of ‘X Factor,’ Cowell said that if the show didn’t debut with 20 million viewers, it would be a ‘disappointment.’ The show drew about 12.5 million viewers on premiere night, well below his expectation. 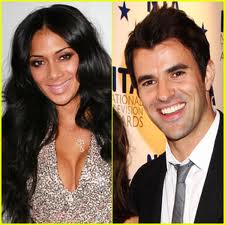