Babies born underweight are known to be susceptible to a variety of cognitive problems including autism.

Infants weighing less than 4lb (1.8kg) could be more prone to developing autism than children born at normal weight, a study suggests.

Of the 862 New Jersey children born at a low birth weight from birth to the age of 21 that the U.S. researchers had followed, about 5 percent were diagnosed with autism, compared to 1 percent of the general population.

However, experts suggest that more research is required to confirm and understand the link.

Previous research has established a relation between low birth weight and a range of motor and cognitive problems among children.

But this is the first study according to researchers to have established that children may also have a greater risk of developing autism spectrum disorders (ASD).

The involved babies were from three counties of New Jersey and born between September 1984 and July 1987. They all weighed below or a maximum of about 4.4 lbs.

Based on the results, the researchers calculated an estimated prevalence rate of ASD of 31 out of 623 children, which is equal to 5 percent.

Jennifer Pinto-Martin, professor at the University of Pennsylvania School of Nursing and director of the autism center where this research was conducted, said: “Cognitive problems in these children may mask underlying autism.

“If there is suspicion of autism or a positive screening test for ASD, parents should seek an evaluation for an ASD. Early intervention improves long-term outcome and can help these children both at school and at home.”

But Dorothy Bishop, professor of developmental neuropsychology at the University of Oxford, said it was important to put the findings in perspective.

Georgina Gomez, action research leader for The National Autistic Society, said more research is needed to confirm the link between low birthweight and autism and better understand why babies born underweight may be more prone to developing autism.

“Low birthweight has been linked to a range of motor and cognitive problems and often goes hand-in-hand with premature birth and birthing complications.

“It is important to dig down further to try to understand the biological processes and events that could explain this proposed connection.” 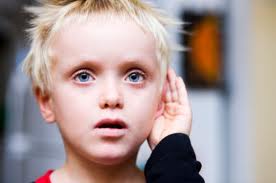