A new technology is developed by the Oregon State University (OSU) to utilize waste heat emitted from the exhaust pipes of millions of automotive engines, generators, factories, power plants and other utilities.

Much of the waste heat can either be utilized in cooling or the production of electricity. The technology has enormous applications in terms of cost saving and energy efficiency.

A prototype device has been completed by OSU to demonstrate the efficacy of the technology.

It has been noted by researchers that more than half of the heat generated by industrial activities is now wasted, said Hailei Wang, a research associate in the School of Mechanical, Industrial and Manufacturing Engineering at OSU.

Even very advanced electrical power plants only convert about 40 percent of the energy produced into electricity. The internal combustion engines of automobiles are even worse, they generally operate around 25-40 percent conversion efficiency. The very function of an automobile radiator is to dissipate wasted heat.

The new prototype at OSU has succeeded in turning 80 percent of every kilowatt of waste heat into a kilowatt of cooling capability. Researchers say the conversion efficiency wouldn’t be nearly as high if the goal is to produce electricity, about 15-20 percent, but it’s still much better than the current approach, which is to waste the energy potential of all of the heat.

Factories often produce enormous amounts of wasted heat in their operations. The systems could also be incorporated into alternative energy technologies such as solar or geothermal, scientists say, in addition to fossil fuel use.

It could also be possible for such systems to be used in hybrid automotive technology, taking waste heat from the gasoline engine and using it not only for air conditioning but also to help recharge the battery that powers the vehicle, Wang said. 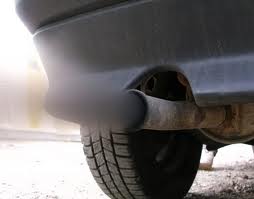