Floyd Mayweather Jr. has announced that he will be challenging Victor Ortiz for the WBC welterweight title on 17 September.

His comeback signals that he is again active in his boxing career after having been dormant for a year.

His last fight was with Shane Mosley in May 2010, where he won the fight by unanimous decision.

Mayweather’s fight with Victor Ortiz a southpaw like Pacquiao is a good prerequisite for him to test his rusty wares, and how he fares for young, strong and talented fighter who has dethroned recently undefeated defending champion Andre Berto.

For Ortiz, he is ready to take the challenge of Mayweather and according to him that ‘this is going to be a great fight’ and he will ‘not relinquish his title’ anytime soon. 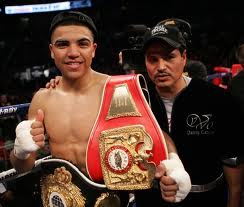