American Idol Season 10 runner-up Lauren Alaina is pleased that her single, “Like My Mother Does,” has been performing well in the charts and had the most radio airplay by an Idol runner-up in 6 years.

She also performs at ‘The Today Show’ where she’s sporting a sundress and cowboy boots.

It seems that there’s no stopping for Alaina anytime soon because she’s now working her first album in Nashville.

Both she and Scotty McCreery shall be releasing their respective albums about the same time. “This is so awesome! American Idol has changed my life, so I’m excited that the songs I performed on there are doing so well. I can’t believe that I have a song out on country radio, much less that so many stations started playing it right away. I can’t wait to get out and meet everybody and thank them personally for playing my song,” Alaina quipped. 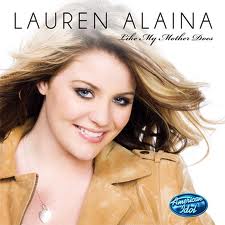