The future of web video has risen and fallen over the last few years. What makes the present round of interest more compelling is the realization that video will not supplant television viewing anytime soon, just complement it.

The web video industry is less visible , but together, the major players rack up hundreds of millions of video views each month. As people spend more time online, producers are betting that video viewing times will grow in tandem.

When Ileana Douglas, long active in independent film, wanted to make a show about a Hollywood actress, who becomes a blue collar worker, she turned the web and to an unusual ally Ikea.

She persuaded the furniture maker to be the sole sponsor of her video show, “Easy To Assemble” in which she plays an Ikea employee dressed in a yellow Ikea jumpsuit, mimicking her character.

Branded entertainment deals like the one by Ikea becoming common, helping to nourish new programming. After a protracted drought, money is trickling back into the professional video industry.

According to the measurement firm ComScore, 86 percent of internet users in the US watch at least one online video a month. Web video show lures million dollars commitments from advertisers, hardly a threat to established television networks.

The ad revenue is important, but companies like My Damn Channel say they made more money from branded entertainment deals, which incorporate advertisers into story lines.

Venture capital firms are also paying new attention to the industry. My Damn Channel which distributes “Easy To Assemble,” announced a US $4.40 million dollars infusion of financing. 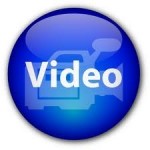