Highlighting the fears of the bird flu H5N1, the World Health Organization (WHO) said, it was ‘deeply concerned’ about the danger of scientific information could fall into the wrong hands.

The world health body was alarmed about the potential harm if the avian flu virus results of the research will be used to create biological weapons.

Scientists fear H5N1 could mutate into a form readily transmissible between humans, with the potential to cause millions of deaths.

Two separate research teams, one in the Netherlands and the other in the United States, separately found ways to alter the virus H5N1 so it could pass easily between mammals.

The avian influenza virus has killed more than 330 people around the world, with Indonesia the worst-hit country. Most human infections are the result of direct contact with infected birds.

Scientists at Erasmus University Medical Center in the Netherlands and the University of Wisconsin-Madison was asked by the U.S. National Institutes of Health (NIH) to refrain from publishing full details of their work on how to make the H5N1 virus more easily transmissible between humans.

The demand made by NIH raised concern in the scientific community that researchers with a legitimate need to know about these dangerous mutations, particularly in Asia, would be prevented from accessing the data.

WHO’s top influenza expert, Dr. Keiji Fukuda said there was a danger that perceived censorship of scientific results could harm the so-called Pandemic Influenza Preparedness Framework, an international agreement painstakingly hammered out only recently by the global body’s 194 member states.

“We recognize that the research raises questions about what are appropriate safeguards, what kind of procedures should be in place, what are the right mechanisms for reducing any risk,” Fukuda said. 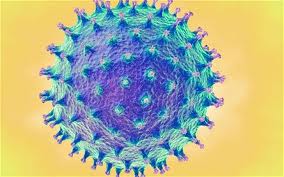