There’s a lot of explanation to do by Philippine historians and nationalists as to why they have instigated the change from July 4, 1946 to June 12, 1898, as the date for Philippine independence.

Why it took them to the time of the Macapagal regime to institute the change? What’s their motive?

How could they justify that the Philippines was truly independent then when during those times the Filipino people were under US occupation right after Spain was defeated in a Spanish-American war and subsequently the Spaniards ceded its rights to the Americans.

By just a mere declaration on paper by a bunch of people led by Emilio Aguinaldo on June 12, 1898, does not mean anything because in reality the Philippines did not become a sovereign and an independent state on that day.

If Aguinaldo and his cohorts wanted to, they have to defeat first the American occupation in a war and drive them out from the country to support their claim, but then they didn’t because they were not capable in confronting the might of the colonizer and that made their declaration of independence a farce.

The Americans have continued their Philippine occupation for decades until they install the Philippine Commonwealth in 1934, a ten year transitional government led by Manuel Quezon prior to the granting of Philippine independence.

In 1946, the Philippine Commonwealth ended. President Manuel Roxas was sworn in into office as the first duly elected president of the Republic of the Philippines.

The Philippines was granted its independence by the American government on July 4, 1946.

Assigning a date of Philippine independence other than July 4, 1946, tantamount to deviation of historical truth and thwarting the true meaning of sovereignty or what an independent state is.

The law creating June 12, 1898 as Philippines’ independence day is in essence historically wrong and therefore, should be repealed. 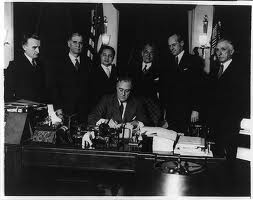