Wimbledon championship starts on Monday, June 20. Defending champion Rafael Nadal is seeded No. 1, followed by Novak Djokovic at No. 2, Roger Federer at No. 3 and Andy Murray at No. 4, in line with their rankings.

Federer and Nadal have combined for the past eight titles at the All England Club.
For Federer, it’s the first time he’s been outside the top two seedings at Wimbledon since 2003, the year he won the first of five straight titles at the grass-court Grand Slam.

“The seeding order follows the WTA ranking list, except where in the opinion of the committee, a change is necessary to produce a balanced draw,” Wimbledon organizers said.

The Swede Bjorn Borg, who won Wimbledon five times in the 80’s, anticipates an epic battle for men’s title.

“I can’t see anyone winning Wimbledon except Rafa Nadal, Andy Murray, Novak Djokovic and Roger Federer,” says Borg, who seems genuinely in awe at the strength and depth of the men’s talent that will grace Wimbledon’s courts this year.

“In the past it was two guys, maybe three guys who were rivals, now we have four guys and it’s unbelievable. It’s great for tennis. Everyone can beat everyone, so it’s going to be very interesting this year. Can you imagine the end of the second week if you have those four players left in the semi-finals? It will be the most thrilling Wimbledon for many years,” Borg commented. 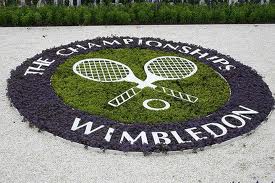