Wind power run turbines only produce green energy around 30 per cent of the time.

When the wind is not blowing, or even blowing too fast as in the recent storms, other sources of electricity have to be used, mostly gas and coal.

A study in the Netherlands found that turning back-up gas power stations on and off to cover up shortage when there is little wind actually produces more carbon than a steady supply of energy from an efficient modern gas station.

However it takes a surge of electricity to power up the fossil fuel stations every time they are needed, meaning more carbon emissions are released.

The research cited a new report by the Civitas think tank which warns that Britain is in danger of producing more carbon dioxide (CO2) than necessary if the grid relies too much on wind power.

Ruth Lea, an economic adviser to Arbuthnot Banking Group and the author of the Civitas report said, “If you use less gas in a highly efficient gas turbine you use less carbon dioxide than having wind backed up by gas.”

The report concludes: “The wind projects do not fulfill ‘sustainable’ objectives. They cost more fuel than they save and they cause no CO2 saving, in the contrary they increase our environmental ‘foot print’.”

The report also found that wind power is ‘horrendously expensive’, especially offshore wind, because of the cost of taking the turbines out to sea and installing the structures.

The fact that the power source always has to be backed up by fossil fuel stations also increases the cost. 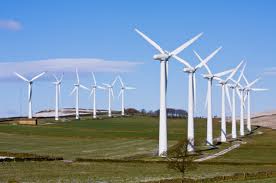