One of the unforgettable acts of former president Fidel Castro upon assuming power under his socialist regime is to get rid which were seen as ‘Capitalism’ excesses like Cuba’s golf courses.

Fifty years later with incumbent president Raul Castro, Fidel’s younger brother, at the helm of government, its socialist policy has made a 180 degrees turn in direction with compelling reasons.

Cuba’s poor economy and its coffers in dire need of cash, the current government has to do something to alleviate the country’s perennial economic woes.

Several policy changes had been done at the Communist Party Congress in April, among them with an irony, is a resolution specifically naming golf and marinas as important assets in rescuing the country’s economy.

With the changes, the Cuban government has given preliminary approval of more than US$ 1.5 billion dollars private investments for four large luxury golf resorts, the first in an expected wave of more than a dozen that the government anticipates will lure tourists to a nation hungry of cash.

Manuel Marrero, the tourism minister, told a conference in Europe in May that the government anticipates going forward with joint ventures to build six golf resorts in the near future.

For the past three years, Cuba’s only 18-hole course, a government owned spread at the Varadero Beach Resort area, has even hosted a tournament. Since then it has long ceased a bourgeois game.

If the projects are built as envisioned, the tourists also will also enjoy the amenities of shopping malls, spas and other luxury perks.

The complex will include its owned shopping center, selling North American product under relaxed customs regulations.

Plans for the developments include residences that foreigners will be permitted to buy, a rare opportunity from a government that all but banned private property in its push for social equality.

Now that Cuba has changed a bit in their ‘banned private property’ stance by allowing foreigners to own a property and a business joint venture to prosper in Cuba, Does it signals that Cuba is now ready to embrace back to capitalism? 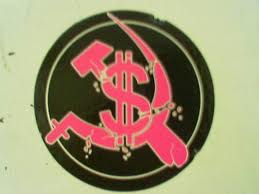