The world’s poorest nations are most vulnerable, particularly the urban poor in food importing countries, and will require increase humanitarian aid to stave off hunger and undernourishment, a joint agricultural outlook by the Organized for Economic Cooperation and Development and the UN Food and Agricultural Organization sites.

The report added that there is a real need to foster growth and development in poor countries and to assist in developing their agricultural supply hose. The report is based on the supply of the cereals, oil seeds, sugar, meats, milk and dairy products markets for the period 2008 to 2017.

It reflects agriculture and trade policies in place in early 2008 and includes an assessment of the bio-fuel markets for bio-ethanol and bio-diesel.

Despite the price hikes, general price levels have remained “remarkably stable”, suggesting that inflation in the coming decade will “remain low”, the report says.

Compared with the previous decade, according to the report, average prices over 2008 to 2017  for beef and pork should rise twenty percent; sugar around thirty percent; wheat, maize and skim milk powder forty to sixty percent; butter and oil seeds more than sixty percent; and vegetable oils over eighty percent.

The report says that demand for bio-fuels has boosted demand for grains, oil seed products and sugar at a time when stacks are lower. Analysis: “suggests that the energy, security, environmental and economic benefits of bio-fuels production… are at best modest, and sometimes even negative”, the report said, urging “alternative approaches”. 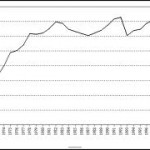