The secretary-general of the 5th World Water Forum has warned that the world’s water consumption will increase by 40 percent over the next two decades and efforts to meet this demand must increase radically.

The United States need about US$ 200 billion dollars to spend annually in order to afford this, according to the forum’s secretary general.

He said such figures indicated the urgent need for countries to engage in efficient cooperation with each other to address water related issues.

Some 50 out of the world’s 188 countries have serious concerns in providing drinking and irrigation water, due to careless and inefficient use of water, according to Ismail Ugur, the general director of Turkey’s State Waterworks Authority. 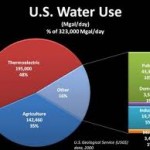