Chinese basketball star Yao Ming is retiring and it has surprised and saddened his legion of Chinese basketball fans who have been following his career since the Rockets made him the top overall pick in the 2002 draft.

The 7′-6″ Houston Rockets center Yao, who turns 31 in September, has been plagued by leg and foot injuries, missing 250 regular season games over the past six seasons.

The Houston Rockets declined to comment on the report because of the lockout, and the NBA has not received official retirement paperwork from Yao.

China’s official Xinhua News Agency reported Yao is expected to hold a news conference on July 20 to announce his plans.

Yao was already a larger-than-life national hero in China when he joined the Rockets. He played for the Chinese national team in the six summers before he joined the NBA. 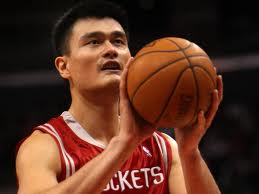