Embattled Egyptian President Hosni Mubarak has declared that he will not stand for reelection in the coming September polls.

But anti-Mubarak protesters are still holding their ground for his immediate expulsion from power. To them, it would be a non negotiable demand.

After 12 days of public unrest in Cairo, the regime’s sympathizers seem to find a proposal for a graceful exit to the 82 year old Mubarak.

Ahmed Shafiq, the newly appointed prime minister, appeared to be amenable in the comments he had to Al-Hura television station, stressing the need for an honorable exit for the Egyptian president.

Mubarak in his television address to the nation, Mubarak tend to tug the sympathy of his constituents by saying that Egypt is the nation whom he defended and die for.

He reiterated that it is his foremost responsibility to bring security and stability to the nation to ensure a peaceful transition of power, he said.

Since the protests and unrest began, Mubarak has been in low profile where he appointed his first vice president of his three decades rule, in the person of intelligence chief Omar Suleiman.

Most government announcements and key policy changes have since been undertaken by Suleiman or Shafiq, though both of them cited the leadership of Mubarak, who has not appeared in public since protests started last January 25.

Elijah Zarwan, of the International Crisis Group is deeply convinced that there will be chaos once Mubarak leaves office.

There is fear that he will lose everything and might be prosecuted. The proposed transitional administration would see a wide range of participation of opposition groups, including the banned Muslim Brotherhood, start a process towards free and fair election in September.

Meanwhile, in the United States, hundreds of demonstrators took to the famous New York’s Times Square and downtown Chicago calling for the immediate departure of the Egyptian president. 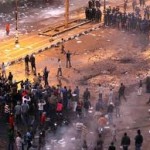 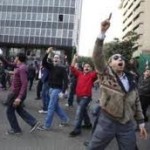 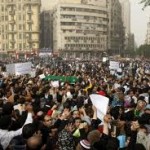