Several leading branded clothing manufacturers aside from Levi Strauss push the initiative and advocate the phasing out of organic jeans in favor of other environmental efforts, such as reequipping the manufacturing process to go green and conserve resources.

There has been a concerted shift and effort that concerns about water use, toxic wastes, scraps from cloth cutting, according to LaRhea Pepper, senior director at Textile Exchange (formerly Organic Exchange), a non profit establishment that supports organic agriculture.

Michael Kobori, vice president for social and environmental sustainability at Levi Straus said that the Better Cotton Initiative’s farms in India and Pakistan have reduced chemical use and water consumption by a third. (Conventional cotton consumes 25 percent of the world’s chemical pesticides and fertilizers.)

The resulting product, called Better Cotton, won’t likely show up in Levi’s clothing until spring 2012, and will be blended by conventional cotton at first.

But the goal is to use it in everything the company makes. Factors now being considered include water use, dye impact, soil health, labor issues and fair trade.

Levi’s Ecoline of organic jeans is no longer in stock but the company continues to use some organic cotton while reestablishing its eco-efforts, according to Kobori.

He is also had concerns with the fits and washes of the fabric; organic cotton has a shorter fiber than conventional or genetically modified cotton making it more difficult to weave.

Another green effort by Levi’s is its new Water Less jeans which sell at retail starting this month. The fading and whiskers are done with reduce or no water and saving about 10 liters a pair, said Kobori.

The company also advocates the dirty look; a life cycle assessment of 501’s and Dockers it conducted revealed the biggest water use with jeans is when consumers wash them. So Levi’s is asking customers to wash less. 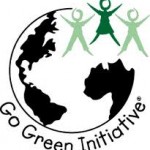 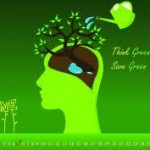 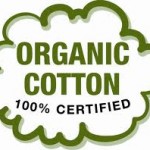