The idea that individuals have specific learning styles, that some are visual learners and others auditory while some are either ‘left brain’ or ‘right brain’, a team of psychologists found out that such idea does not seem to get support in a review made in the journal Psychological Science in the Public Interest.

Many study skills courses insist that students find a specific place, a study room or a quiet corner of the library, to work. The research finds however, just the opposite.

Psychologists have discovered that some of the most dedicated advice on study habits is incorrect like clear a quiet work space, stick to a homework schedule and set goals. The findings have directly contradicted much of this common wisdom.

Instead of sticking to one study location, simply alternating the room where a person studies improves retention. So does studying distinct but related skills or concepts in one sitting, rather than focusing intensely on a single thing.

“We have known these principles for sometime, and it is intriguing that schools don’t pick them up, or people don’t learn them by trial and error,” said Robert A. Bjork, a psychologist at the University of California, Los Angeles.

The brain makes fine associations between what it is studying and the background sensations it has at the time. Highlighting relevant terms of your reading, enhances its retention to your memory.

“When the outside context is varied, the information is enriched, and this slows down forgetting” said Dr Bjork.

Likewise, varying the type of material studied in one sitting seems to leave a deeper impression on the brain than does concentrating on just one skill at a time.

Research also undermines the intensive immersion approach. Hurriedly jam packing a brain is akin to speed packing a cheap suitcase: it holds its new load for a while then everything falls out.

No one knows why. It may be the brain, when it revisits material at a later time, has to relearn some of what it has absorbed before adding new things, and the process in itself is self reinforcing. 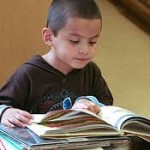 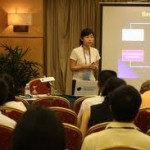